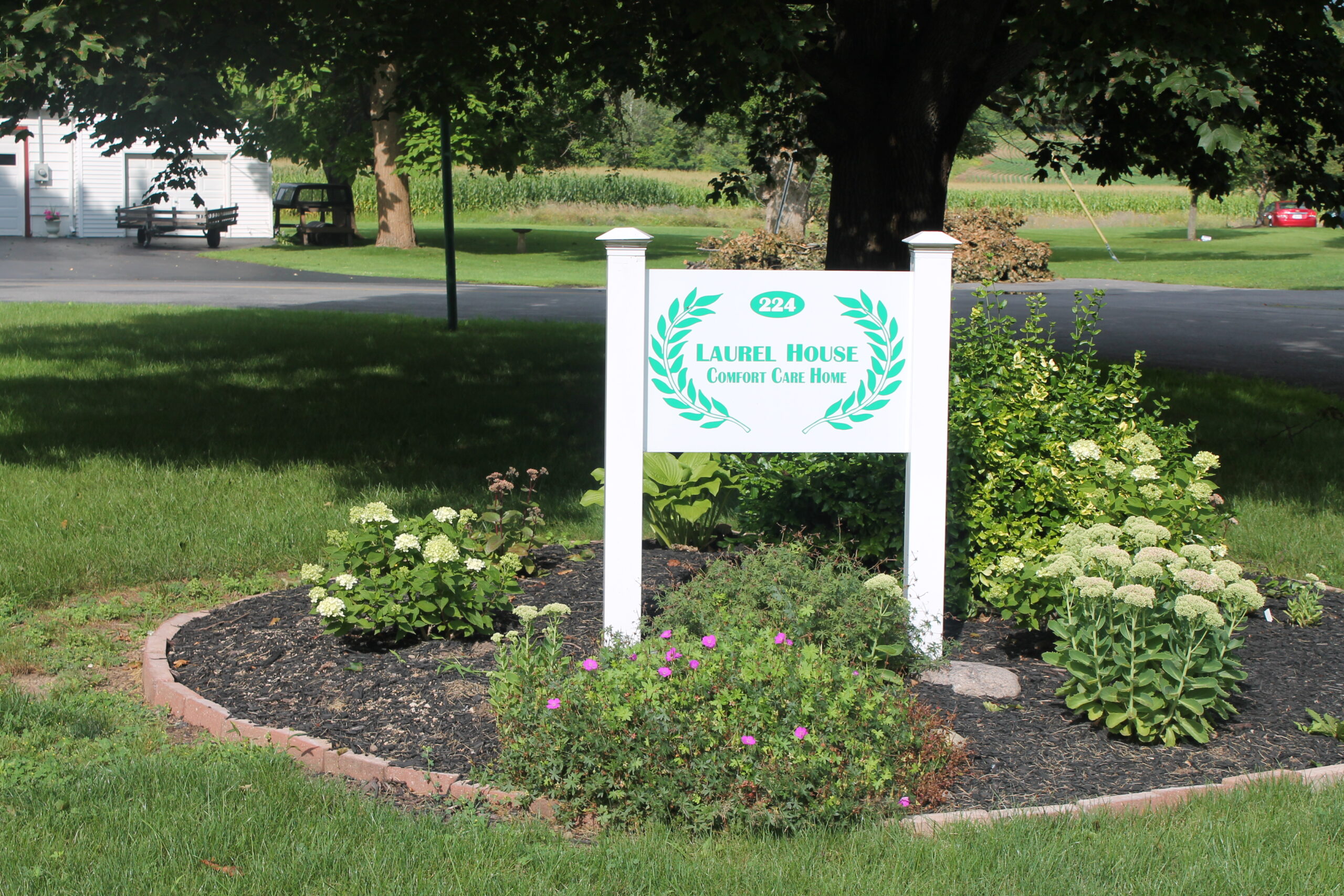 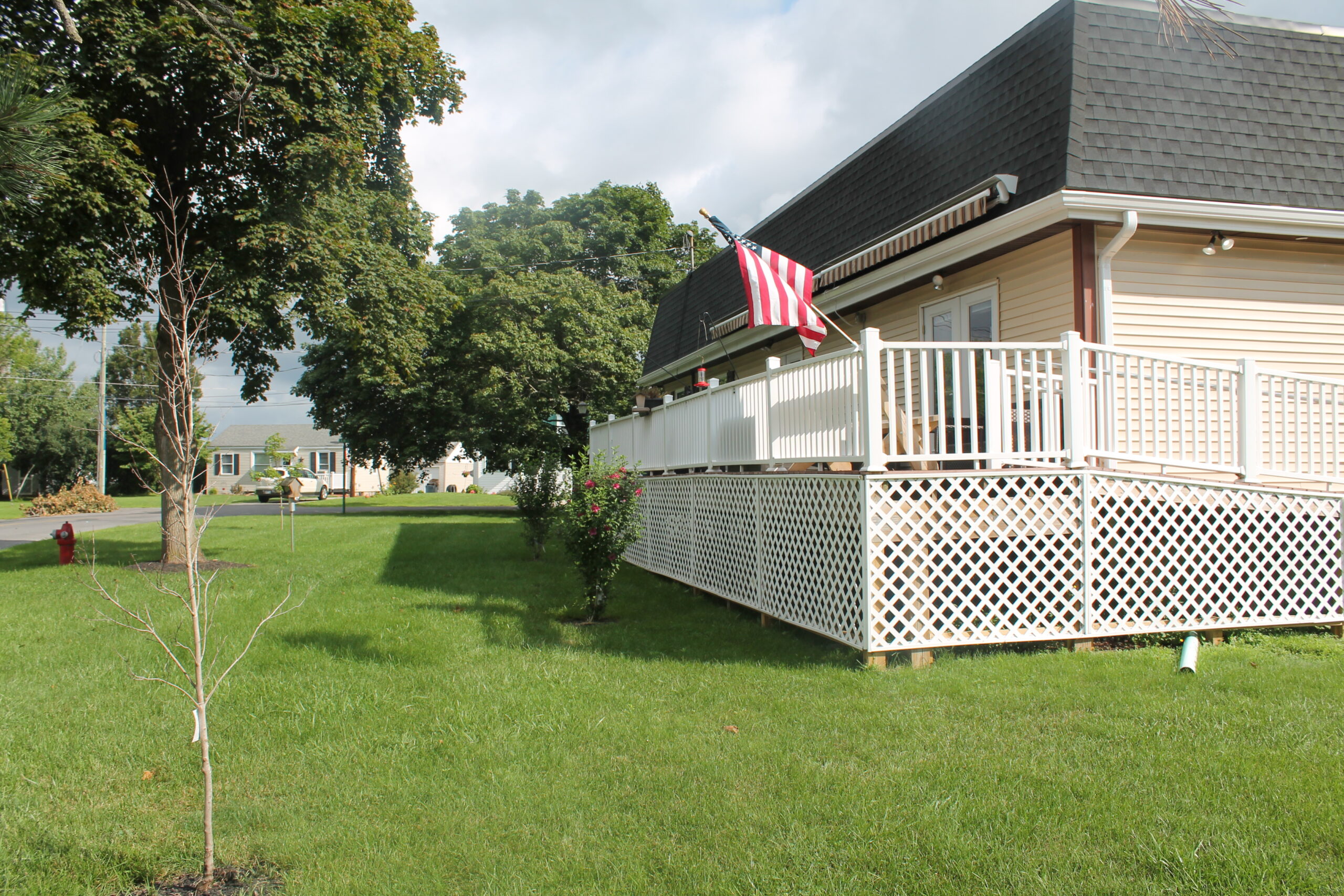 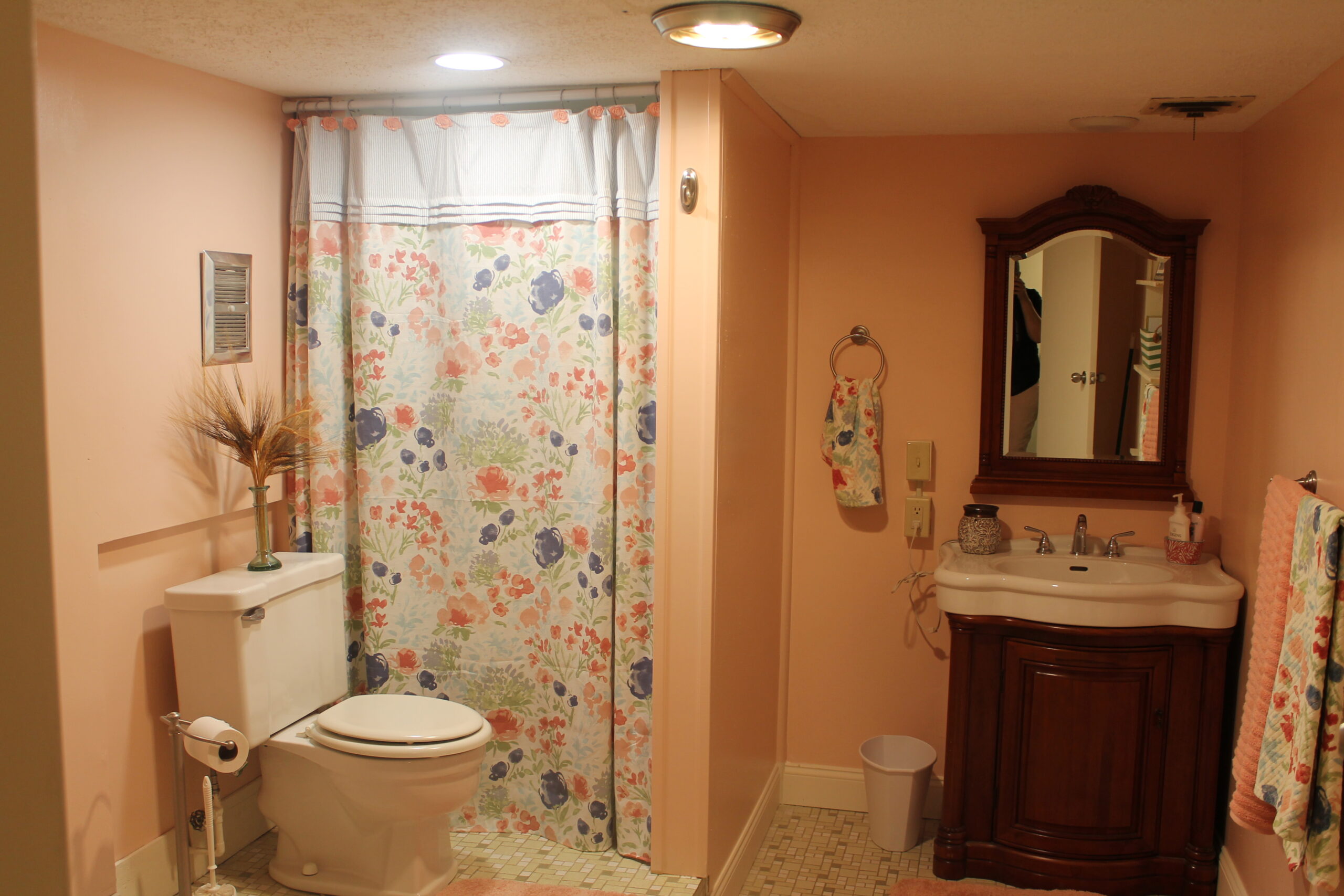 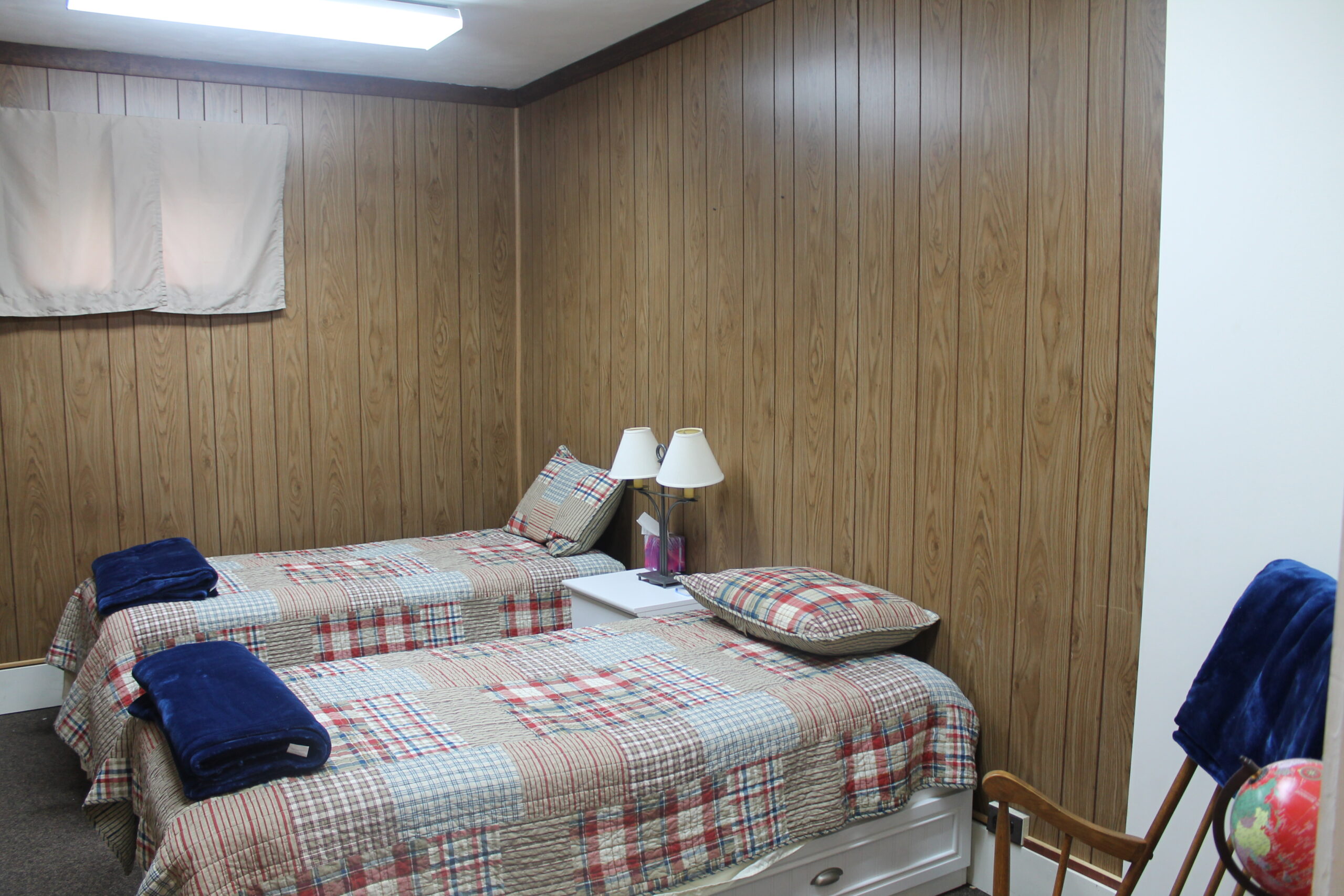 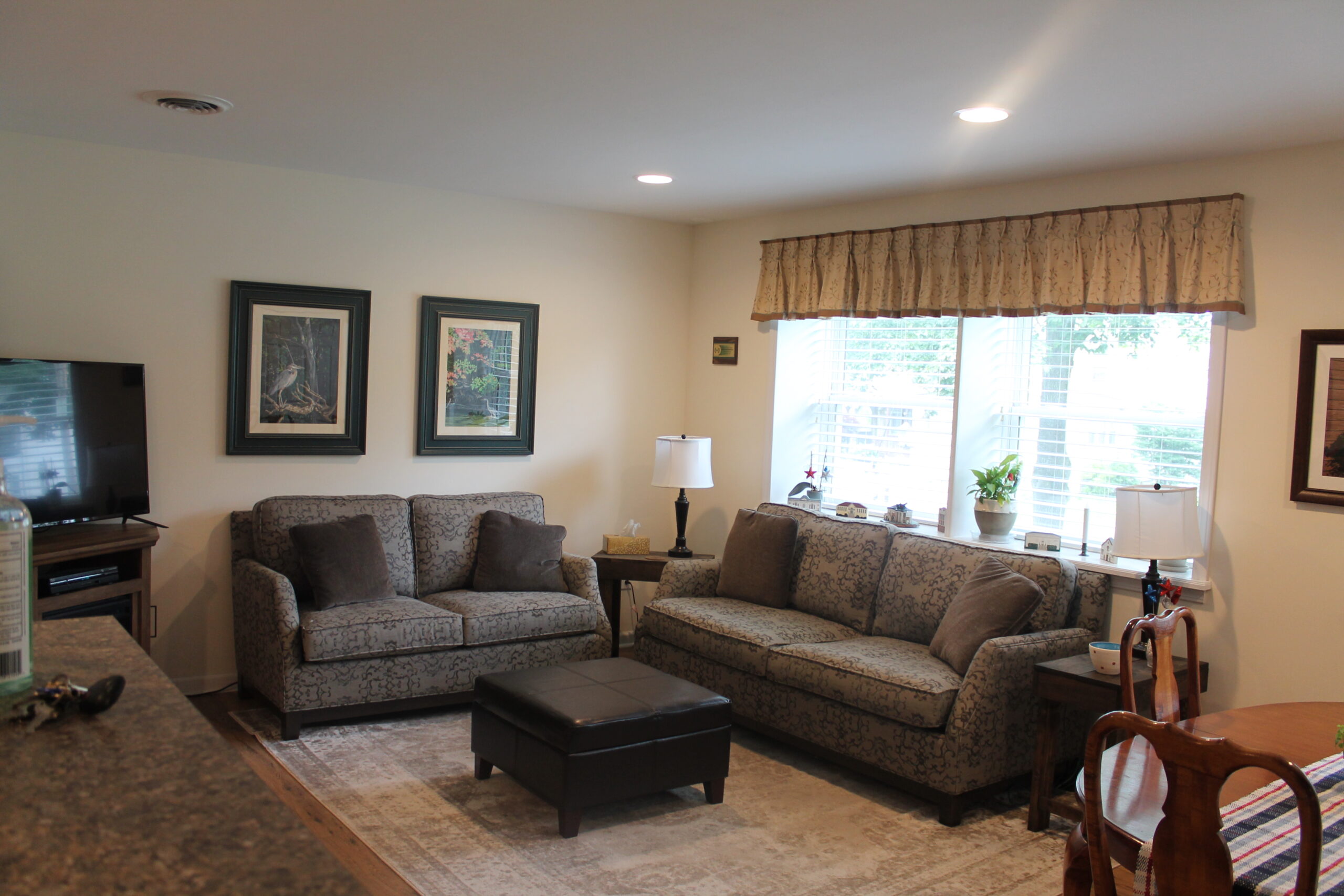 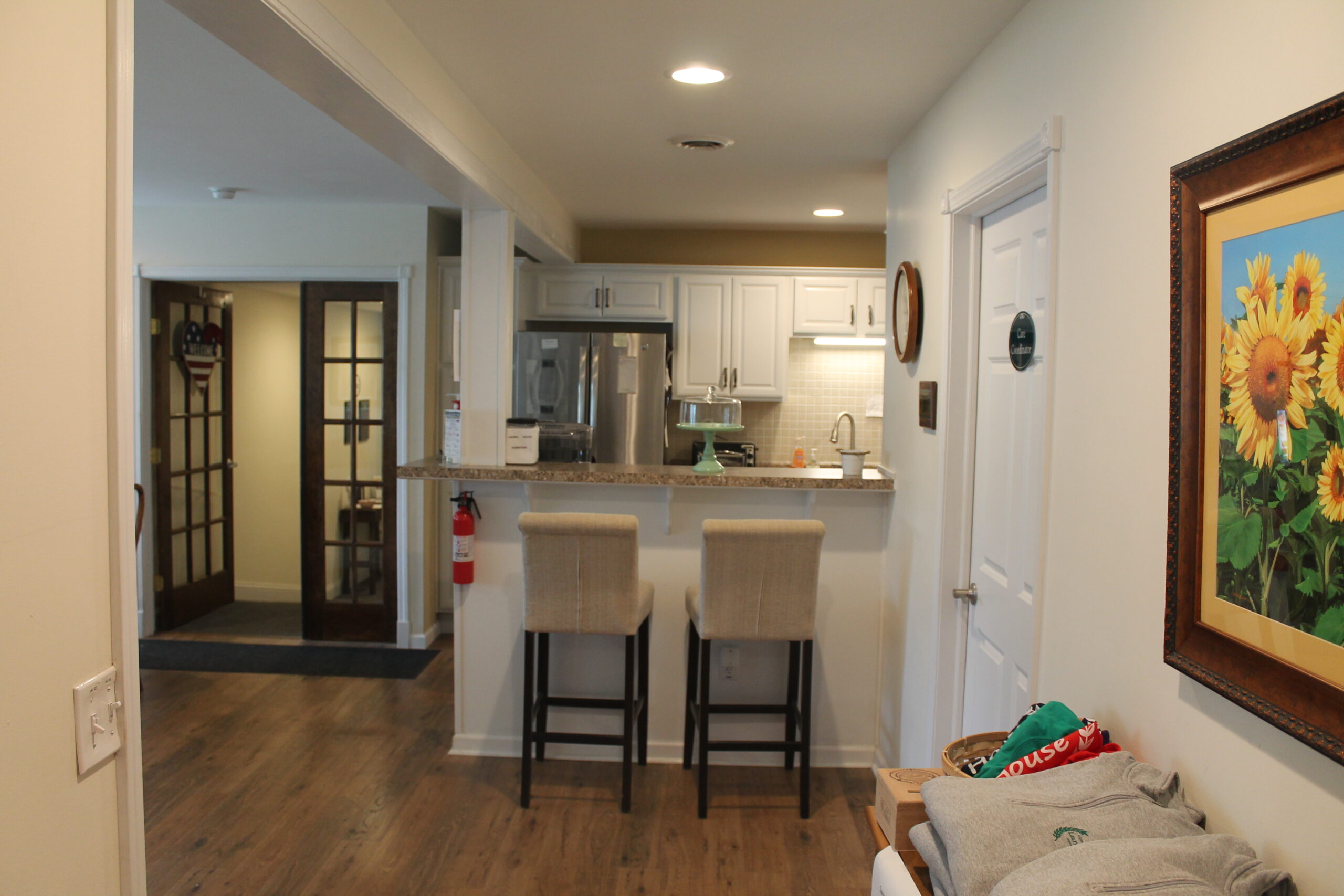 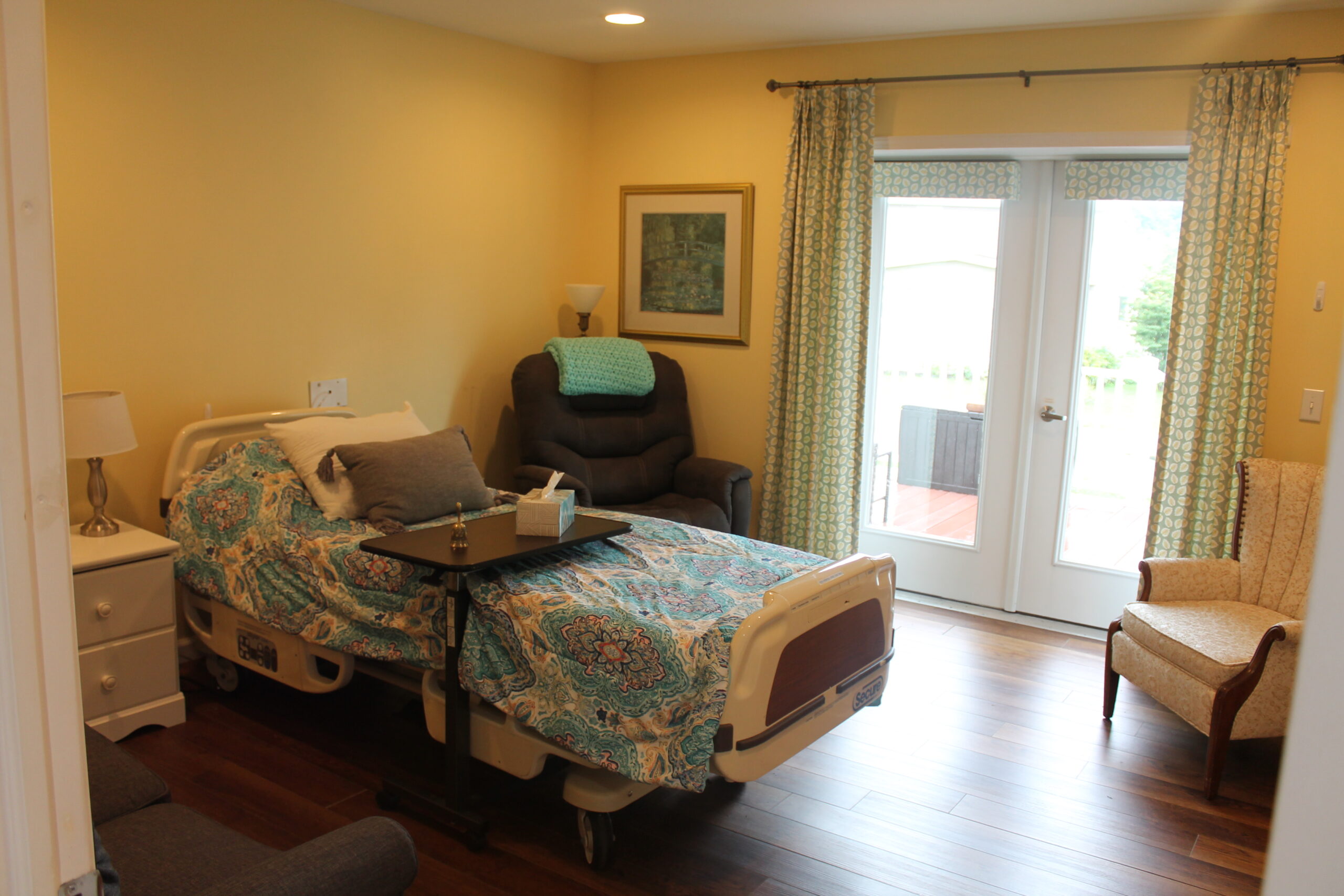 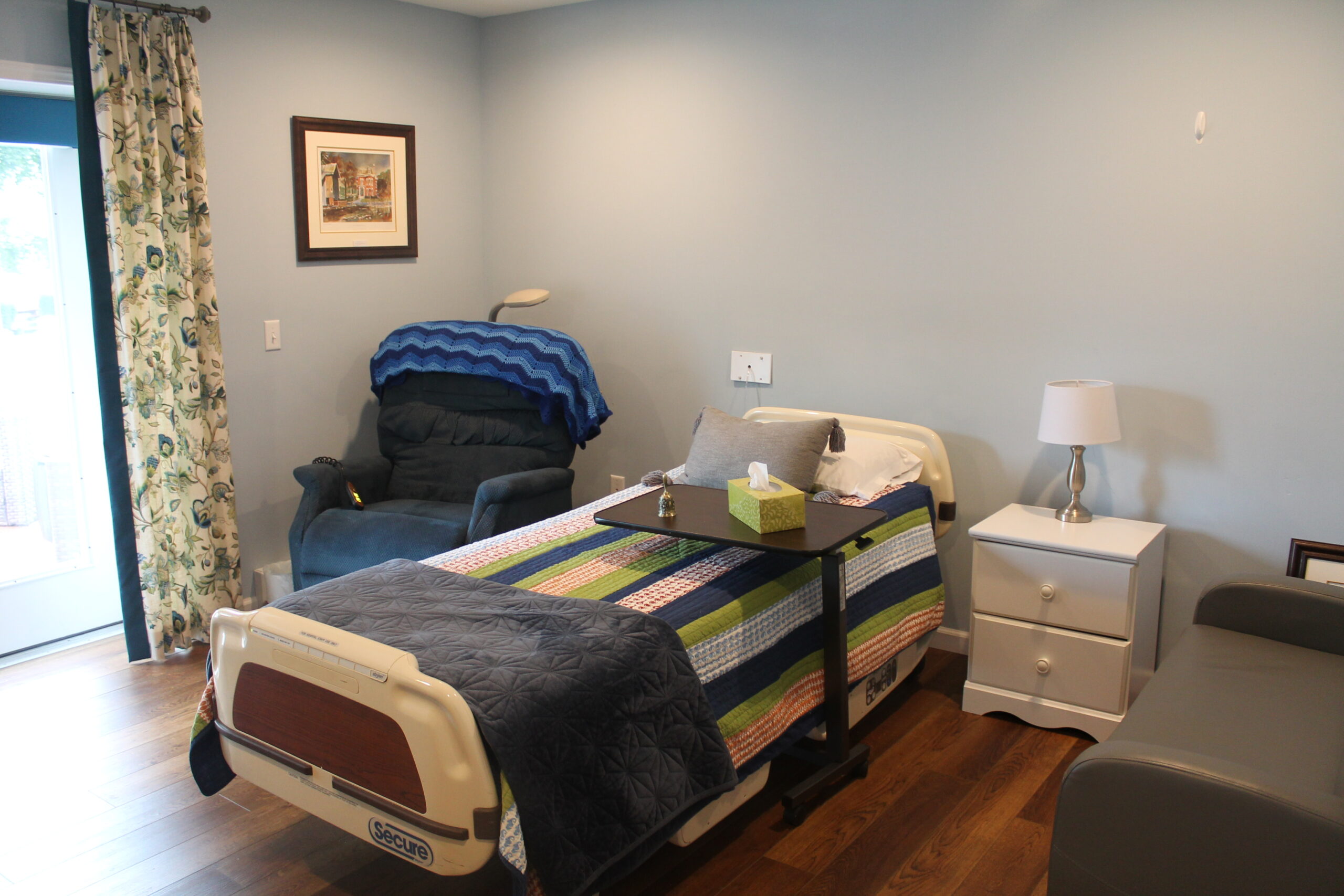 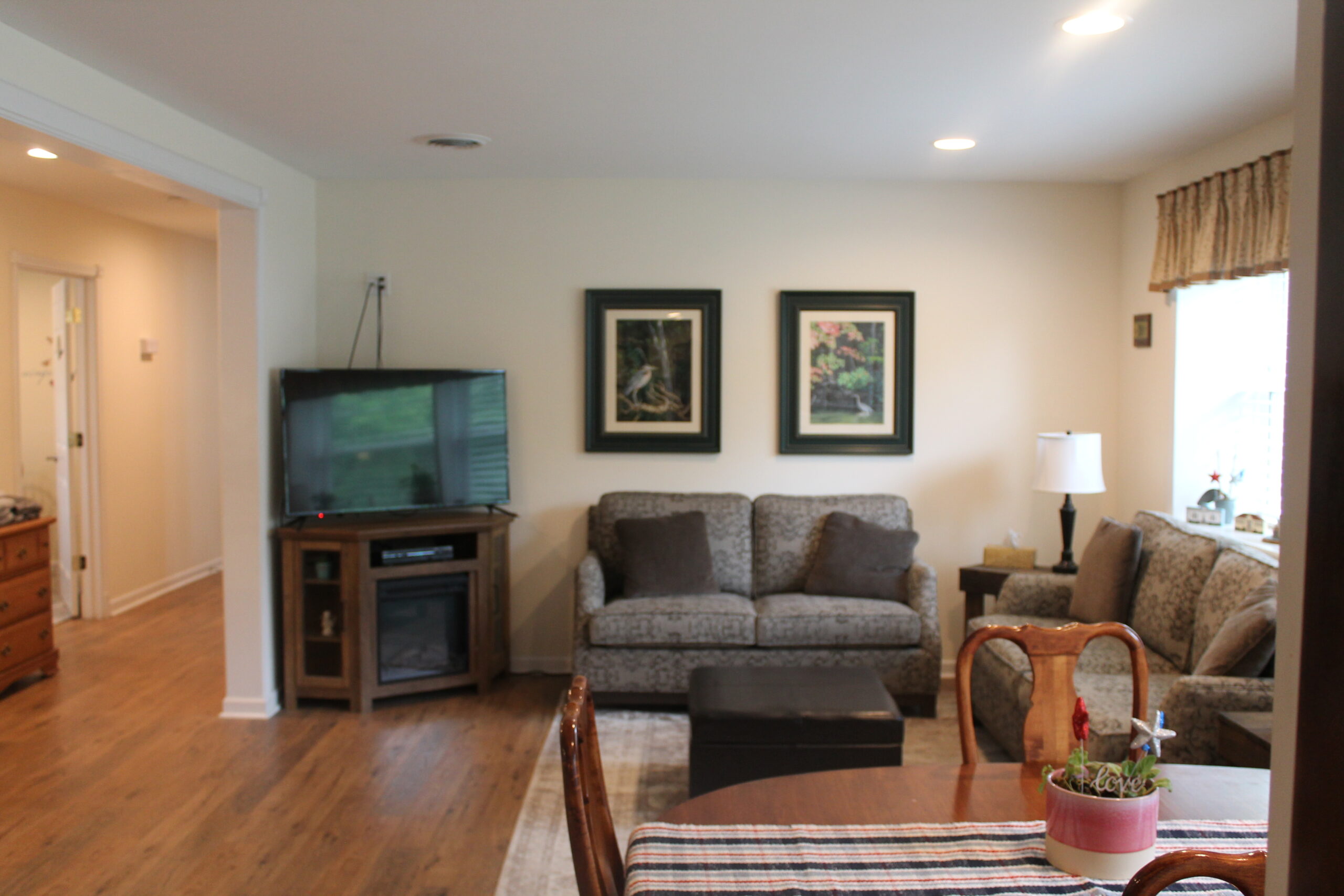 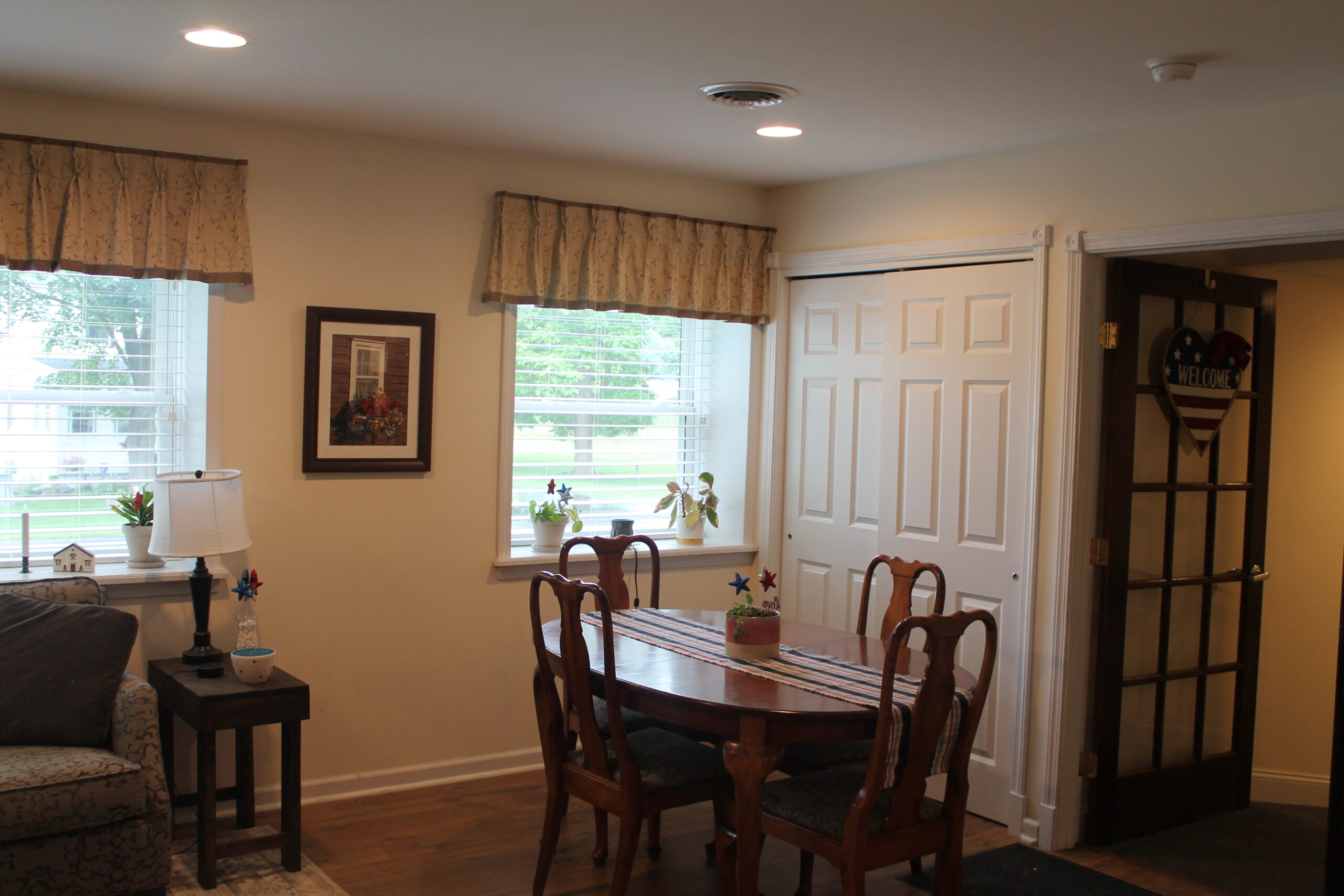 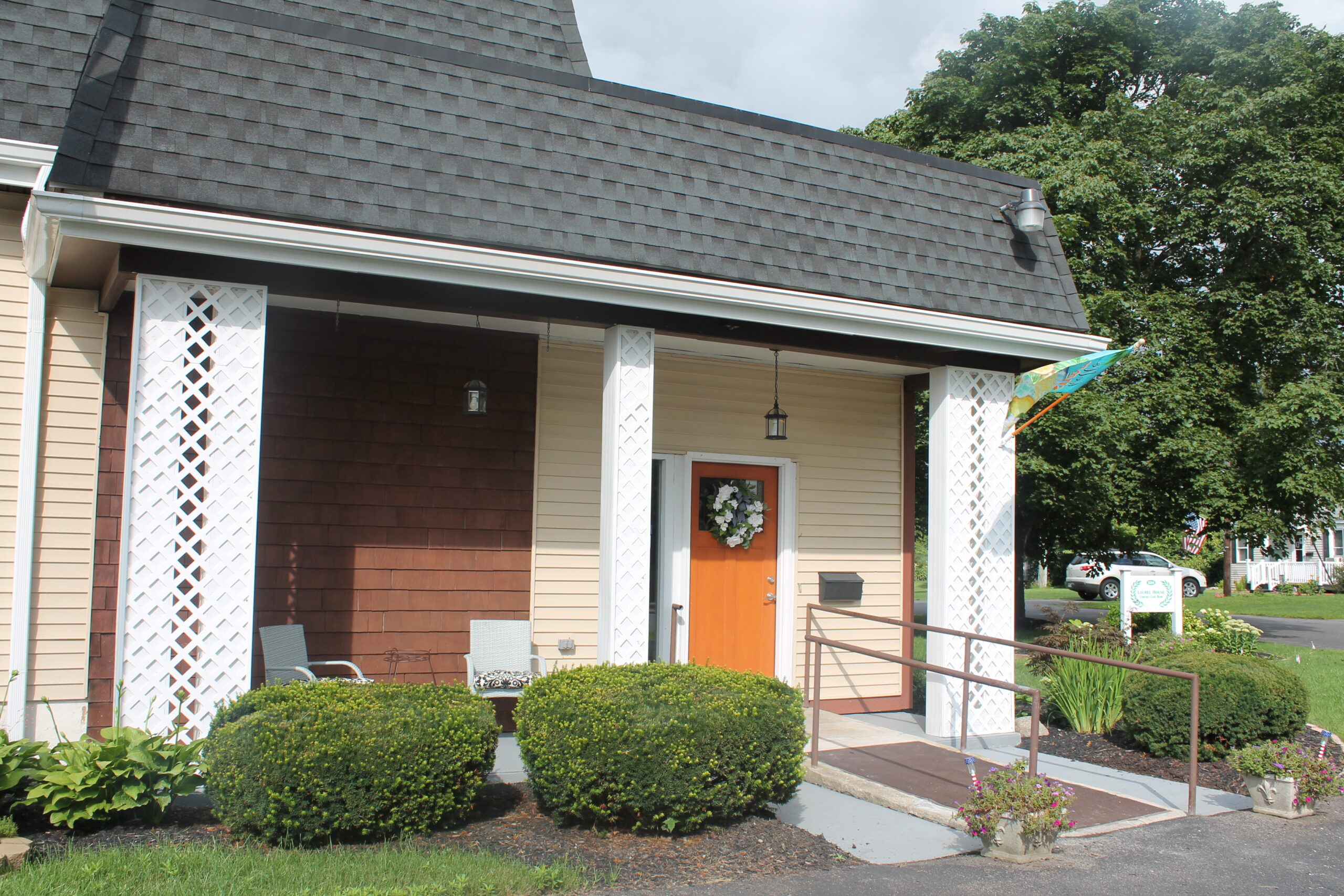 Laurel House is a comfort care home where residents spend their final days, at no cost to themselves or others, in a highly supportive, warm and compassionate environment, surrounded by loved ones and kind-hearted staff and volunteers who attend to their needs.

Our Vision and Values

Laurel House hopes to be a comfort care home that is the first choice for families of Wayne County, NY who need help in caring for a dying loved one. We will have a reputation as a welcoming, supportive environment for everyone who comes through our door. A place where volunteers are valued and succeed in providing an unequaled community service to their friends and neighbors. A community resource that complements its neighborhood and contributes to a higher quality of life in the county. An opportunity for residents and caregivers alike to share in completing a life well-lived. A place of final departure that eases a loved-one to the ultimate end, supporting caring family and friends along the way.

​Laurel House is a not-for-profit volunteer community organization in Newark, NY, formed with it’s first meeting on November 7, 2014 and incorporated in May 2015. It has a ten member board of directors. Current board members include:

The idea of Laurel House, a volunteer-driven home providing free end-of-life care for Wayne County residents and their families, originated decades ago with Jean Cass, a nurse who watched one of her dear friends succumb to a difficult death from breast cancer. Jean’s passion for a better way to care for the dying brought about the comfort care home, the House of John in Clifton Springs and was the impetus for doing the same in Newark.

Patricia Albrecht who was the pastoral associate at St. Michael’s Church in Newark was part of a clergy group in 2013 when Newark-Wayne Hospital President Mark Klyczek brought the idea of a special hospice house to the group. Carlos Smith, the chaplain at the hospital, kept the idea alive with Pat even when the clergy group stopped meeting.

On August 11, 2014, the hospital auxiliary discussed offering support in more concrete ways to help with start-up fundraising data-gathering and an architects rendering, even attorney advice. Hospital President Rob Cercek also supported the idea. One hospital-owned property was offered as a possible site on West Pearl Street.

On November 7, 2014 nine people attended a meeting in John Addyman’s house in Newark and started to organize a group that would make Laurel House a reality. That  group has grown to 130 members and meets regularly. The hospital suggested another house, on Fair Street, may be available through a gift.  Once the house we obtained, there was an unexpected asbestos abatement project. Once that was completed new construction was underway.  David Albrecht headed up a facilities committee with Bob Hegeman along with Henry Banker, Paul Salisbury and Tom McUmber and this team got started on the new construction. The first floor was gutted.  New windows replaced the old and French doors were put in each of the bedrooms.  Framing gave structure to the two bedrooms, kitchen, living room, meditation room, laundry room, director’s office and volunteers’ office. Insulation was installed along with plumbing, electric and HVAC system.  A wrap-around deck was also installed.  The first floor has been completed and as is the third phase involving the finishing of the bottom floor which includes a bedroom bathroom, and family area for residents’ families and a conference room to hold meetings and trainings. Laurel House opened its doors in March of 2019.  Laurel House continued to operate during the pandemic under the direction of Executive Director Laci Graham.  With improvements all the time, the bedrooms have fireplaces for the residents to create a warm feel, as well as a wrap-around deck that is relaxing for three seasons.